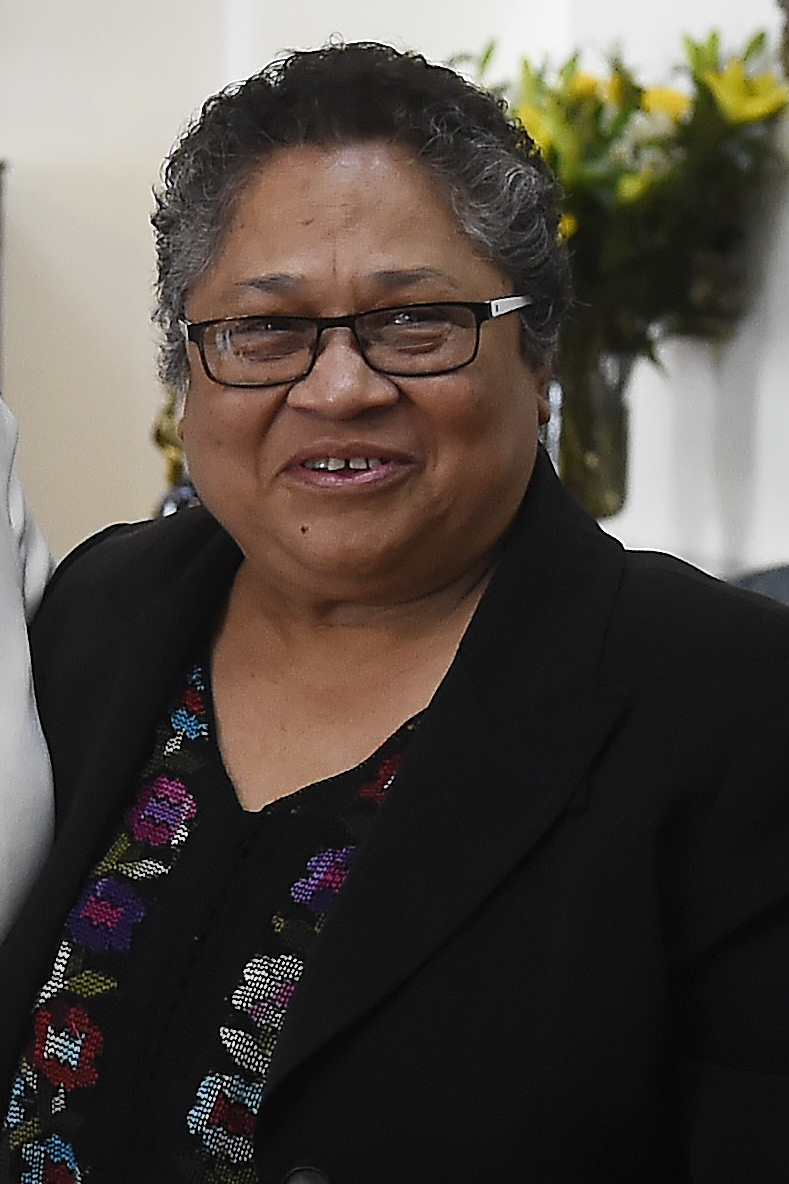 Myrna Cunningham (full name Myrna Kay Cunningham Kain) is a Miskita feminist and indigenous rights activist and medical surgeon from Nicaragua. She has participated in political-social processes linked to the struggle for the rights of women and indigenous peoples in Latin America. She has been coordinator of the Indigenous Chair of the Intercultural Indigenous University. In September 2010, she obtained an Honoris Causa Doctorate from the National Autonomous University of Mexico Universidad Nacional Autónoma de México, the first time that the UNAM granted such recognition to an indigenous woman. From 2011 to 2013, she was Chair of the Permanent Forum on Indigenous Issues of the UN. She served as the Chairperson of the United Nations Permanent Forum on Indigenous Issues until 2012. She is also the president of the Association for Women's Rights in Development (AWID) where she works to advance the rights of indigenous women and knowledge on indigenous peoples and the impacts of climate change, serving as FAO Special Ambassador for the International Year of Family Farming, adviser to the President of the UN World Conference of Indigenous People, and on boards of the Global Fund for Women, Permanent UN Forum on Indigenous Issues, the Association for Women's Rights in Development (AWID), and The Hunger Project. She is currently Chairperson of the Center for Autonomy and Development of Indigenous People (CADPI) and Vice President of the board of the Latin American and Caribbean Indigenous People Development Fund. Provided by Wikipedia
Showing 1 - 2 of 2 for search: 'Cunningham Kain, Myrna', query time: 0.03s
Loading...